Is there knowledge of the receptive field patterns of cortical columns in associative brain regions?

The retinotopic, area-based connectivity patterns of the columnar receptive fields in the visual cortex are well-established.

Do any mappings of the columnar receptive field connectivity patterns exist for associative brain regions?

Short answer
Associative brain areas are not retinotopically organized. Only lower visual areas more upstream from these areas are organized in such a predictable, low-level way. Higher up, things get complicated and unpredictable.

Background
Visual receptive fields and retinotopy are generally well-preserved in the periphery and subcortical areas (e.g. in the retina, optic nerve and the LGN in the brainstem) and lower cortical areas (e.g., V1 and V2) (e.g., Palmer & Rosenquist (1974)). Typically, receptive fields are larger and less well-defined in higher visual areas and are virtually absent in the associative cortices, where complex associations within and between modalities are made (e.g., Smith et al. (2011)).

Consider the ventral stream in the visual pathway as an example (Fig. 1). Here, the primary visual cortex (V1) shows simple representations of the retinal image with retinotopicity. However, along the way to the associative cortices, cells become responsive to progressively more complicated structures, including specific faces. 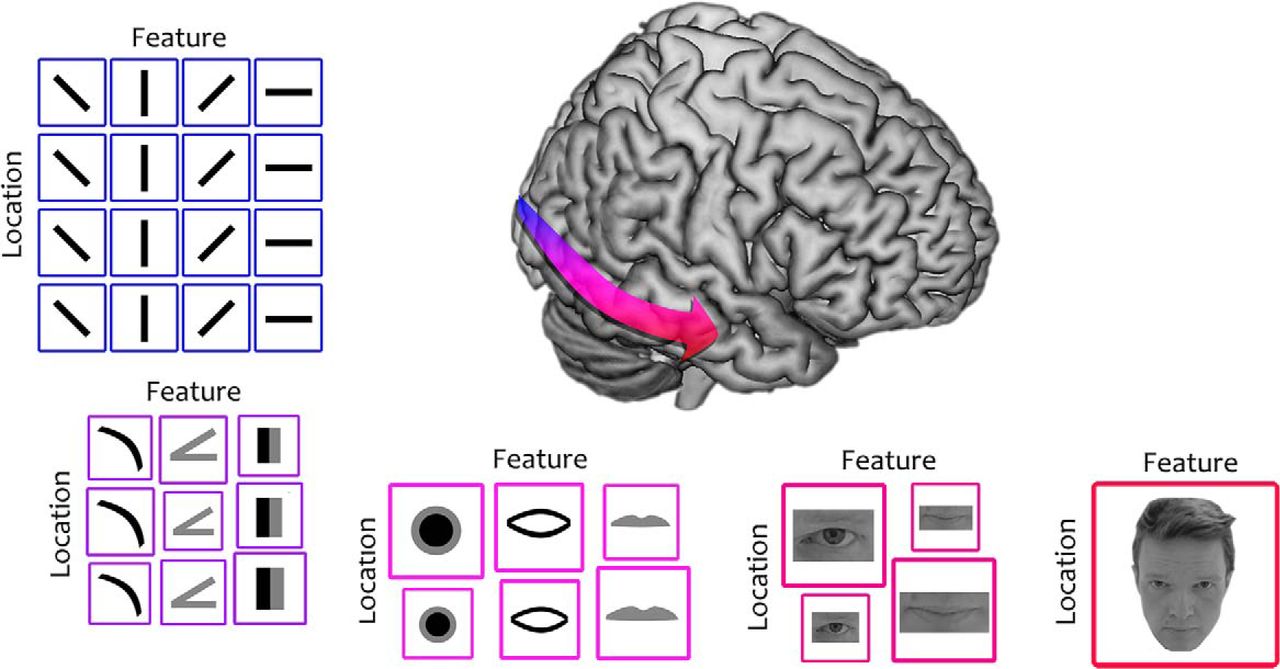 Not the answer you're looking for? Browse other questions tagged neuroscience perception neurophysiology sensation sensory-perception or ask your own question.

7
What functional purpose does a cortical column serve?