I'm trying to analyze the electrocorticograms (ECoG) of opening and closing the fist. I have the data of a glove to capture when the hand moves. I'm struggling with finding the best epoch or segment that represents the ECoG signals that are mostly related to opening and closing the fist. So, I'm wondering if there are works that already being done to calculate the latency between muscles response and the actual "brain order".

Short answer
Reported motor delays between brain activity and motor response are in the order of 6 - 9 ms.

Background
I found a study where the authors used deep brain stimulation electrodes implanted in the subthalamic nucleus (STN, Fig. 1) in patients with Parkinson's disease to activate motor tracts at a subcortical level. The STN is not part of the pyramidal motor system, but is thought to keep things in check. Stimulation in Parkinson's is used to control involuntary movements. In this study, the authors activated motor tracts at a subcortical level via the STN (Costa et al, 2007)

In your experiments, there was direct, voluntary activation of the motor pathway via the pyramidal system in (healthy?) subjects. In contrast, the cited study recorded latencies in Parkinson's sufferers after direct electrical activation of a subcortical structure. Hence, the pathway is different between the two studies and the latencies observed in the cited study may not apply fully to your data set. Nonetheless, it may help you to narrow the time window in which you might search for the brain activity relative to the motor output from the experimental glove. 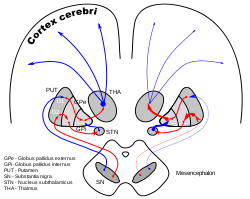 Fig. 1. Overview of a brain slice showing the position of the STN. source: Wikipedia

Not the answer you're looking for? Browse other questions tagged neuroscience methodology motor electrophysiology ecog or ask your own question.

5
What's the relation between firing of dopaminergic neurons and dopamine dispersion in terms of neurophysiological processes?
3
What is the difference between principal neurons and pyramidal cells?
0
In an experiment with animated stimuli, should I accept answers during Animation Time and count it into the Response Time?
1
What is the actual interpretation of the "correlation of a connection between neurons"?
3
Does the brain send signals continuously to muscles during movement?