Interaction between caffeine intake and biorhythm on alertness

Throughout the day, people's wakefulness and attentiveness varies, as modulated by one's circadian biorhythm. Whereas in the morning people are less awake, just before noon and around 15:00 people appear to experience peak performance. 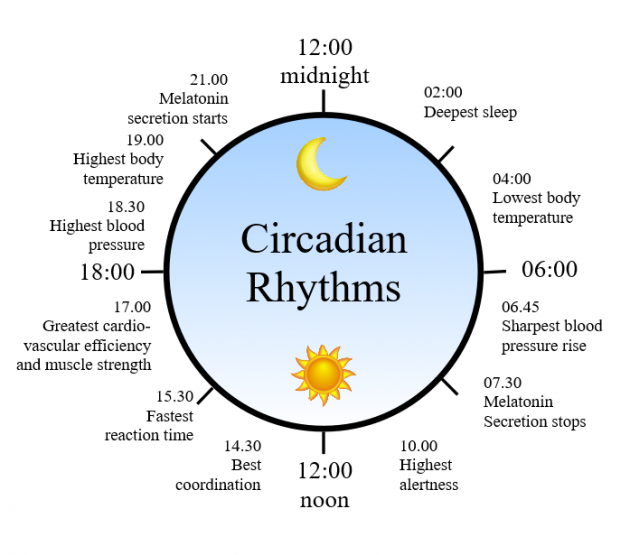 I was wondering if these two factors may interact. For example, if you are in a "dip" in the circadian cycle, will coffee be most effective on attentiveness (because there is more room for improvement so to say)? Or will coffee be more effective when your are at a peak in the cycle, where the caffeine and the cycle amplify each other's effect?

Is there any scientific literature that investigated the interaction between caffeine intake and the circadian cycle?

Browse other questions tagged performance attention psychopharmacology arousal or ask your own question.

49
Does caffeine improve performance for habituated consumers?
2
Why does splitting attention between a primary task and another task appear to improve performance on the primary task?
2
What is the difference between flow and cannabis induced high?
6
Difference between valence and sentiment
3
How does caffeine work as an analgesic adjuvant?
2
Tests for alertness
1
relationship between mood and working memory
6
Cannot find a journal paper on a study on caffeine, even though it is registered at clinicaltrials.gov
2
Difference between concentration and attention