Why can I see the number only when I don't look directly at it? 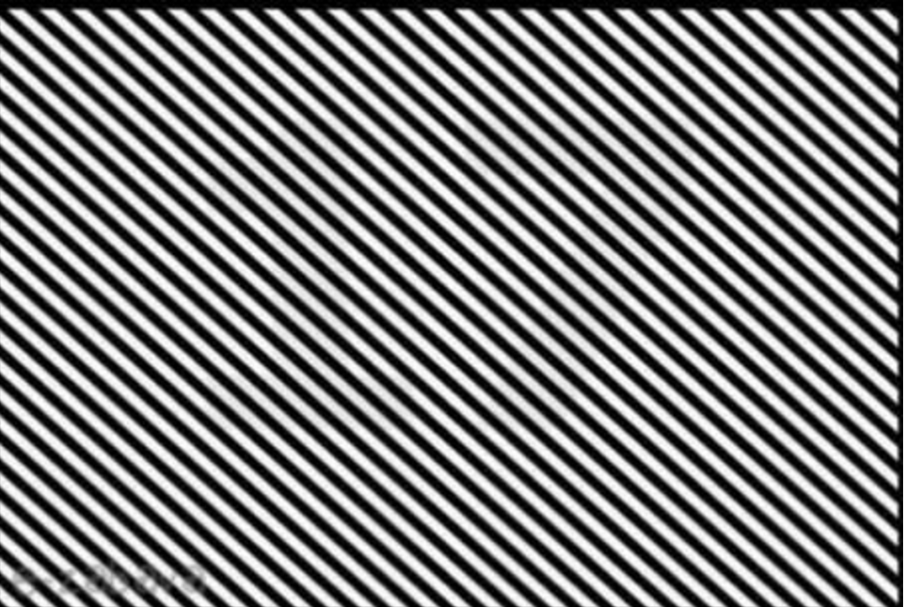 I can easily see the "17" in the image if I'm scrolling and (much less easy) when I move my eyes and don't look directly on it. Why is that the case?

In case you don't see it: 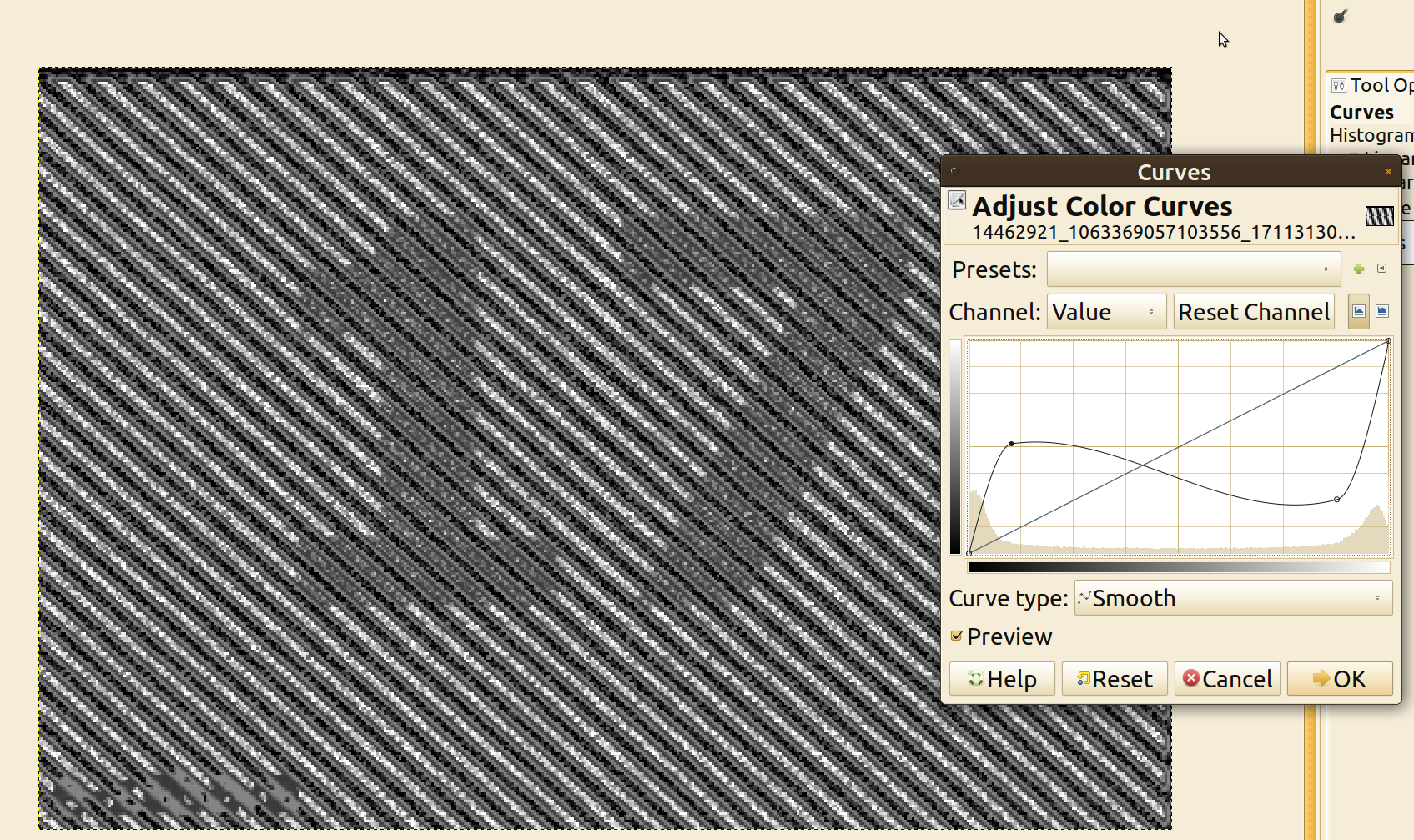 You can see the number better when you move the image or your eyes, because with this action you reduce the overall contrast of the image. The "image" in brain is a composition of many images which are acquired in small time periods, and the result can be approximately described as an average of many still images. So they are kind of blurred together. When scrolling it can also help to reduce contrast, because in short time periods the LCD pixels cannot reach the full contrast, so it appears in lowered contrast.

The contrast of stripes in your initial image is very high. Actually contrast is the synonym for information. So the underlying number 17 is simply lost in dominant information.

To demonstrate it better, one can play with different image filters which can reproduce the movement effect. A good one is Photoshop's "Motion blur" filter, here is the result for Motion blur at 45 degrees: 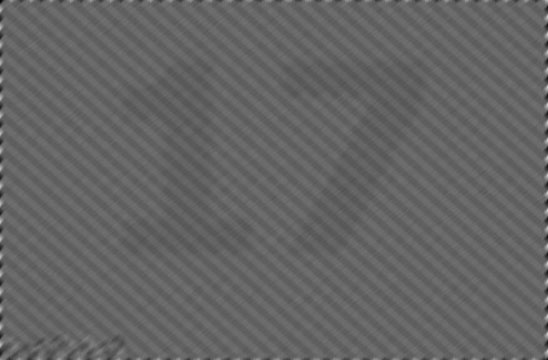 Not the answer you're looking for? Browse other questions tagged optical-illusion or ask your own question.

5
Distortion of faces presented serially in peripheral vision
33
What color is this dress? -- And why do some see it as white and gold and others see it as black and blue?
7
How come we see a line when there isn't one in this picture?
11
What happens in your brain when you see a dinosaur in this stenographic image?
1
Why do we see shadows in the following black-and-white optical illusion?
4
Multistable perception with three possibilities