What are "daddy issues"?

The question is whether there exists a phenomenon in which a girl that had a bad relationship with a father (referring to a father that's too harsh, too cruel or that doesn't show love, and hates his daughter) implies that the girl will try to seek male attention and approval, when a "normal" individual would not, or a girl that seeks to be with "bad boys".

I'm interested in knowing if this has been researched and what is the name of this topic in cognitive science.

Note: I couldn't find any tag myself that fits for this question, I choosed any tag because I couldn't post, please change it if you can to something related to the question.

"Daddy issues" is not a well-defined term, however, the extrapolation of attachment style theory answers to this question somewhat.

(this is not clearly cognitive science, and more precisely "family issues" instead of "daddy issues")

Stack Overflow thread about the topic

(I'm new here, and amazed how well written are the answers :O ) 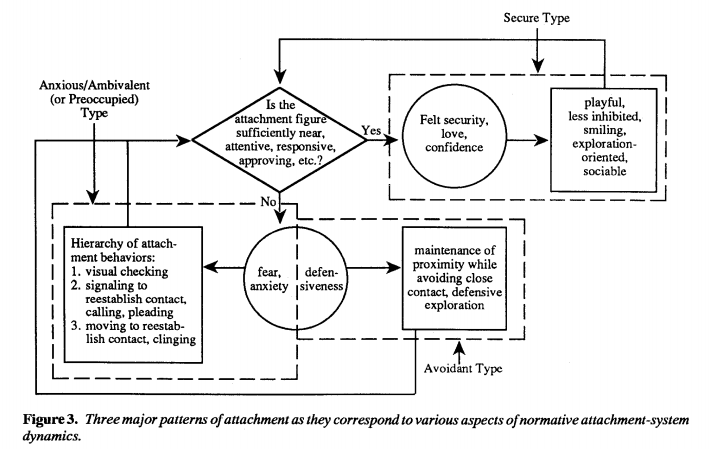 Here's a thesis on the effects of "daddy issues" on women's later relationships. Its content and its citations may be enough to satisfy your interest.

The purpose of this thesis research was to understand the relationship between father absence and women’s communication styles in romantic heterosexual relationships under social cognitive theory. Two studies were conducted using a multi-method research approach in order to triangulate the results. Seven fatherless women were interviewed to arrive at a better understanding of how father absence informed their romantic relational experiences. Specifically, the topics of relationship roles, self-disclosure, expression, and self-silencing in romantic relationships were examined in the interviews. Participants reflected on what growing up fatherless meant to them and whether or not this had any influence on the role they played (dominant, submissive, egalitarian), and how open or closed they were in their romantic relationships (from their own perspective). Open communication refers to whether or not individuals express their thoughts, feelings and needs as well as how often they express these thoughts to their partners. Questions were also asked to determine whether these women self-disclosed intimate details to their romantic partners or self-silenced themselves. An online quantitative survey (N=131) examined similar research questions and tested predictions based on the results of the first qualitative study.

Not the answer you're looking for? Browse other questions tagged developmental-psychology cognitive-development or ask your own question.

3
What are some examples of emergent abilities?
9
What causes fetishes? Are they sexual disorders?
8
What are the possible causes of pettiness?
3
What are the visual cognitive abilities of a new born?
7
What is the correlation between the development of the sense of self and the senses?
6
What is the optimal way to run the Piaget Conservation of Number Task?