What does it mean when we say that “a neuron connects to a certain cortical layer”?

For example, if we say "a neuron connects to Layer V of the cortex", does it mean it synapses inside layer V, or does it imply that the soma of the neuron it synapses to is in Layer V (and it could synapse inside Layer II for example)?

Short answer
In complicated matters like neural connections in a layered cortex, it is all about semantics. One should carefully place statements in their context and deduce their meaning.

Background
In Fig. 1 a schematic of the layering of the cortex is shown. The layers can be separated based on their histological and neurophysiological features:

As the text in bold above shows, the apical dendrites of pyramidal cells can extend many layers. Hence, it is a matter of reading the text carefully to know what they are talking about.

[A] neuron connects to Layer V of the cortex...

However, as said above, dendrites of pyramids may extend all the way up to layer I, so if a text would say...

[A] neuron synapses onto a layer V neuron...

it is left undetermined exactly where that connection is made (can be layers I, II, III, IV, or V in the case of pyramidal cells).

What can be of help is the fact that when a text talks about...

...you can safely assume that its cell body is located in layer V, as a cell's location is determined by its cell body. Its dendrites can be in any layer (especially of the larger pyramid cells) and its axon may traverse all layers. 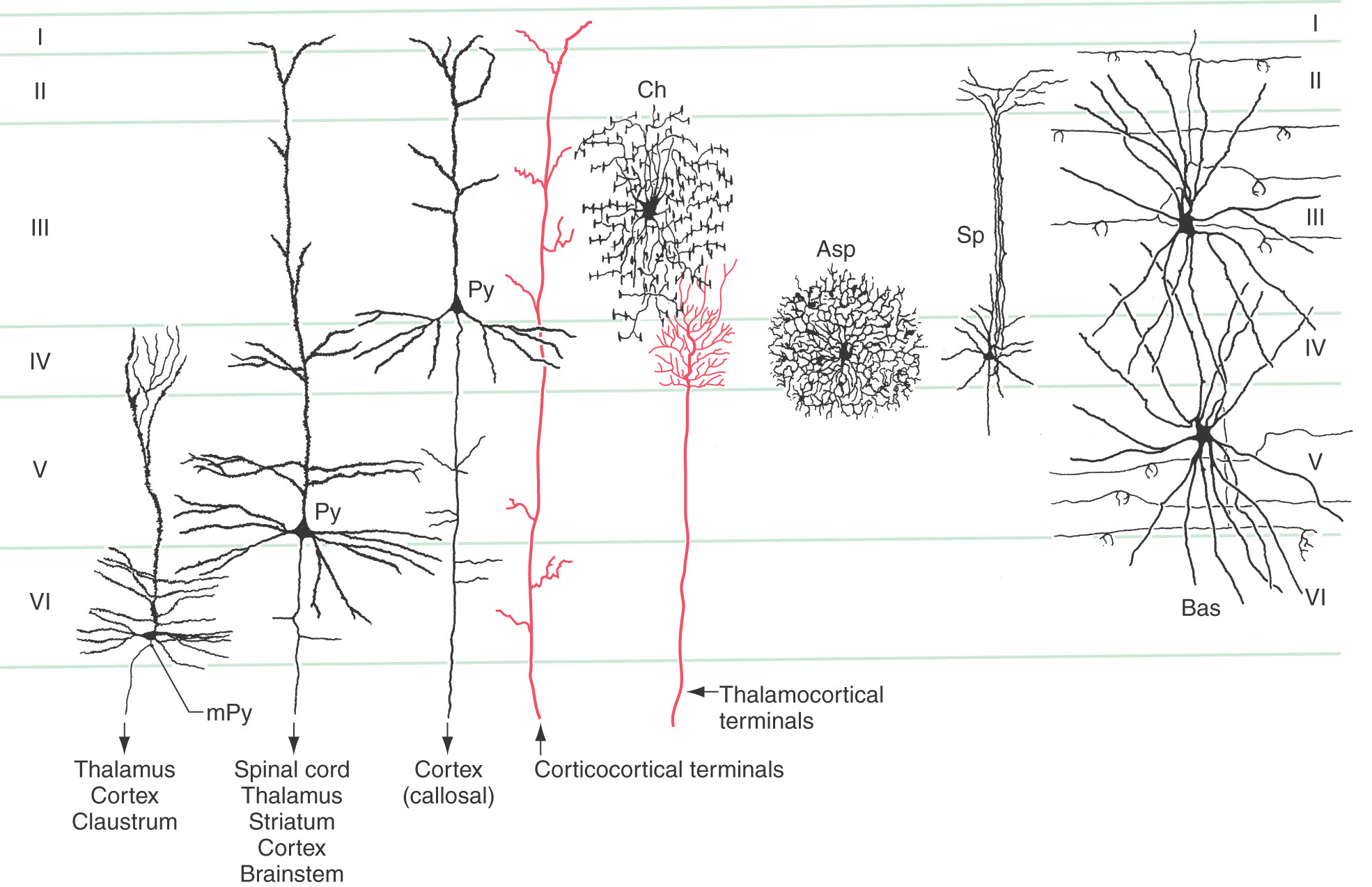 Both are correct, technically, neurons a lined and positioned through synaptic connections and so logically each layer should comprise both the soma of neurons as well as the neurites for synaptic connections that can or may extend outside its layer and protrude its network outside. I highly recommend studying and understanding the processes and actions that are underscored in neural activity in the visual cortex.

Not the answer you're looking for? Browse other questions tagged theoretical-neuroscience neural-network neuroanatomy or ask your own question.

11
Is there evidence that STDP is responsible for the ability to infer causation?
1
What does dorso, ventro, and orbital mean in prefrontal cortext?
10
Does an action potential abolish an excitatory postsynaptic potential?
5
A question on synapses
6
Are there neural loops within a column or an area of the cortex?
4
What does 'Mean Diffusivity' tell me about the connectivity of cortical areas?
2
Understanding the 'Wiring Catastrophe'
1
Meaning of “projection” and “to project” in neuroscience
5
How many different synapses can an axon form? How do they differ?