Cognitive models for transfer of skills

Recently a question was asked about the benefit of playing chess on cognitive abilities. More specifically, how chess would improve understanding technical texts. Many other questions are also focused on learning and skim the topic of transfer of learning (e.g. Does learning one discipline improve performance in another discipline?, Why is training better when following an easy-to-difficult schedule?, How does task difficulty schedule affect the rate and efficiency of perceptual learning? ). However, it is not entirely clear to me how transfer can be explained, independent of the type of tasks.

What does recent scientific research say about transfer of skill, or are there cognitive models that help explain it?

A cognitive model is made that decomposes any skill in smaller elements or production rules. These elements (or combinations thereof) are often context independent and can be used for multiple tasks. The requirement for transfer of skill is that the tasks need to have some sort of overlap in how it is performed.

I found a cognitive model that tries to explain how transfer works (and thereby acknowledges its existence). The theory is called primitive elements theory of cognitive skills (PRIMs; Taatgen, 2013). The model is implemented based on the ideas of the cognitive architecture ACT-R. I will not go in to that too much, but in Figure 1 is the PRIMs representation of ACT-R: 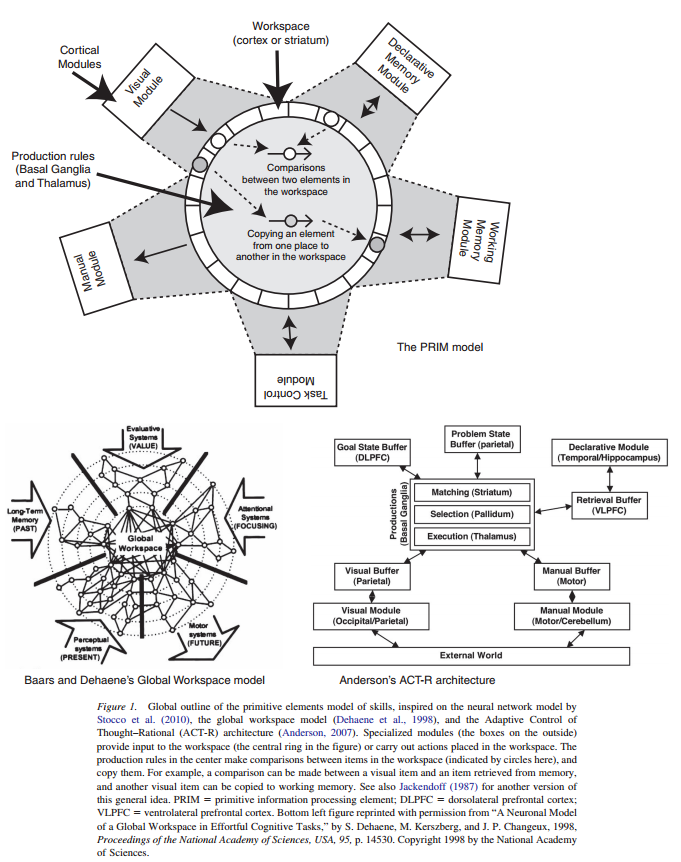 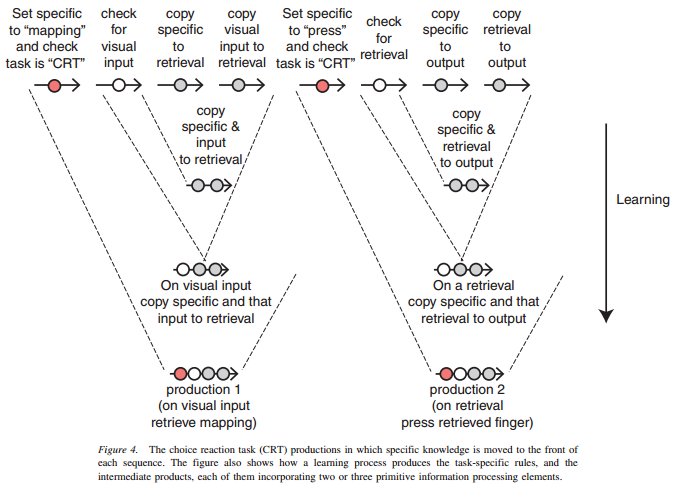 The idea is that some of these elements (gray and white ones) are context independent. Steps like "check for empty working memory" and "check for visual input" are used in almost any task that requires visual input. Being context independent makes it not necessary to learn this over and over for every new skill you want to learn. The final figure (Figure 9) shows how counting, or to be more precise, an iterative component of counting, can be transferred to a Semantic task (answering questions like "is a canary a bird?"). The essence of transfer is thus that the tasks need to have some overlap in how the task is performed (in terms of basic cognitive elements). 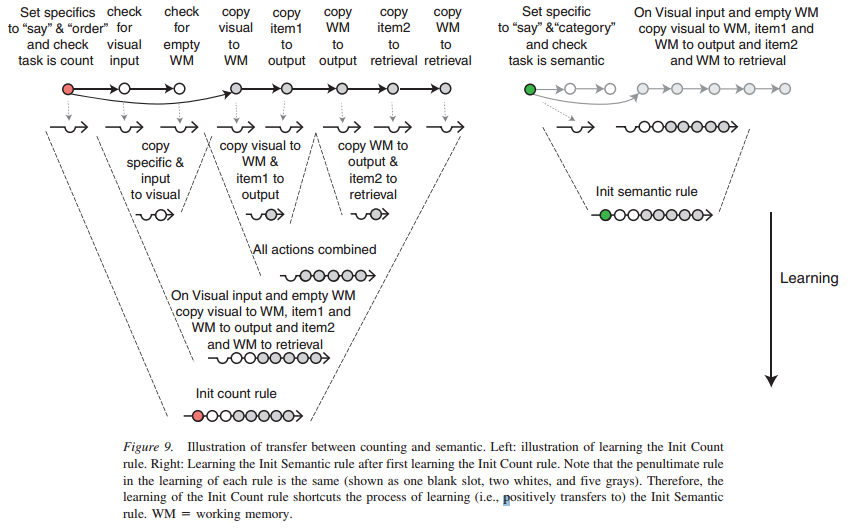 Not the answer you're looking for? Browse other questions tagged cognitive-psychology learning transfer or ask your own question.

30
Does learning one discipline improve performance in another discipline?
14
Why is training better when following an easy-to-difficult schedule?
14
Does chess enhance cognitive abilities?
13
What is the ACT-R model of learning?
13
How does task difficulty schedule affect the rate and efficiency of perceptual learning?
3
Development of logical thinking/problem solving/learning capacity associated with math/physics
2
Is working memory somewhat task specific?
1
Cognitive benefits of learning how to code ?