What leaps in technology would be needed to scan the total state of the human brain? [closed]

What technological leaps would be necessary to capture the absolute state of the brain? This would need to include:

And maybe we would also need to capture:

I'm not sure if we need that, perhaps if you lose the flow of synapses, you break the mind, or perhaps the state of the neurons will continue to work properly the next time synaptic input is introduced and the mind will "wake up".

Either way, that's an incredible amount of detail, especially chemical information, that would have to be captured so we could convert it into a virtual simulation of the functional aspects of each neuron making up that brain.

What are the major technological gaps that we would need to overcome in order to scan the brain with that level of detail? I'm interested in the specific aspects of scanning technology that would have to be invented beyond our current brain scanning technology.

Your question can be reduced to "What level of detail do we need to know about a brain to be able to simulate it?"

The answer to this question is we have no idea. The Blue Brain project has bet on the synaptic level, but they haven't been able to scale up to behaviour yet. But why stop at the synaptic level? Why not go down to molecules or atoms? Sure the computational power required goes up, but then we get a better model! And computers are getting faster and lower power all the time, right?

Actually, traditional processors have hit a wall in terms of power efficiency [1]. So you do end up needing to choose a reasonable level of detail for what you're choosing to model, since detail for detail's sake isn't going to get you anywhere [2]. Once we can understand the basic functions the brain is computing and how it's computing them, we can start looking for that level of detail in the human brain for simulation.

In conclusion, rather than a simple technological advancement, we need a theoretical advancement in understanding what the brain is even doing in the first place before we can use the data meaningfully.

What leaps in technology would be needed to scan the total state of the human brain? 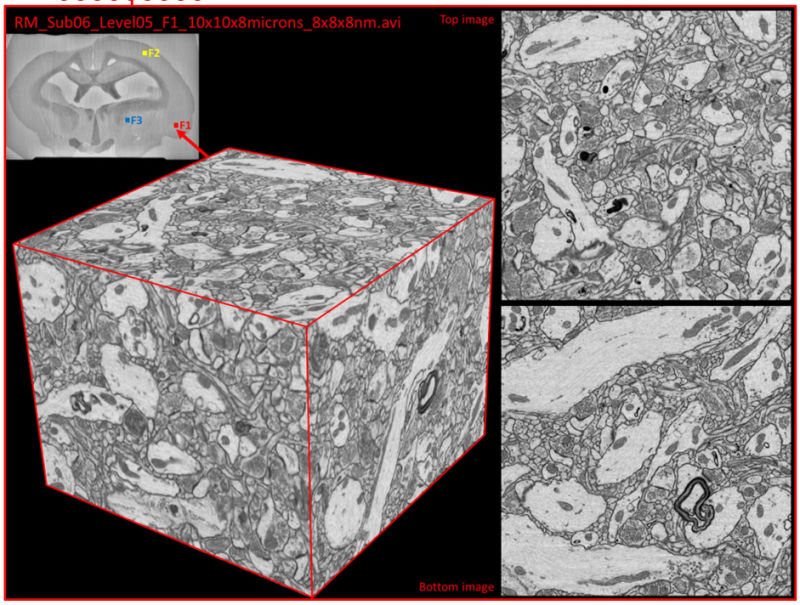 In 2016, the "Small Mammal BPF Prize" was won, see: http://www.brainpreservation.org/small-mammal-announcement/. It's the first of two stages of competition for brain preservation (BP) achievements. This competition is doing for BP what XPRIZE is doing for space innovation with competitions like the Ansari X Prize.

Researchers from 21st Century Medicine have developed a new technique to allow long term storage of a near-perfect mammalian brain. It’s a breakthrough that could have serious implications for cryonics, and the futuristic prospect of bringing the frozen dead back to life.

By using a chemical compound to turn a rabbit’s brain into a near glass-like state, and then cooling it to -211 degrees Fahrenheit (-135 degrees Celsius), a research team from California-based 21st Century Medicine (21CM) showed that it’s possible to enable near-perfect, long-term structural preservation of an intact mammalian brain. The achievement has earned not just accolades from the scientific community, but a prestigious award as well; the 21CM researchers are today being awarded the $26,735 Small Mammal Brain Preservation Prize, which is run by the Brain Preservation Foundation (BPF). — http://gizmodo.com/brain-preservation-breakthrough-could-usher-in-a-new-er-1758022181

If you consider focused ion beam scanning electron microscopy (FIBSEM)-level scanning to be adequate, than the technology is already available:

In the types of electron microscopy neuroscientists commonly use (FIBSEM, etc.), preserved neural tissue can be visualized down to about a 6 nanometer resolution. This allows them to directly see each neuron’s synapses and dendrites (connections to other neurons). This level of detail also includes the ability to image, directly and indirectly (via molecular probes), many elements of the “synaptome,” the number and types of special proteins (vesicles, signaling proteins, cytoskeleton), receptors (Glutamate, etc.), and neurotransmitters (at least six types in human neurons) that are known to be involved in long-term learning and memory at each synapse in the brain, and elements of the “epigenome” (learning-based DNA methylation and histone modifications) in the nucleus of each neuron. — http://www.brainpreservation.org/tech-prize

If you don't consider FIBSEM-level scanning to be adequate, then the leaps in technology needed for this feat are on the horizon:

Our ability to scan and verify is also rapidly improving. New types of electron microscopy, such as Cryo-TEM, can image at an amazing 3 angstrom resolution, 50 times greater magnification than FIBSEM, a scale where brain proteins and even individual atoms can be directly seen. — http://www.brainpreservation.org/tech-prize/

In conclusion, the scanning technology is either currently adequate or will be in the near future. The major leap, will be the actual preservation of a large mammalian brain: BPF Prize Stage 2.

perhaps the state of the neurons will continue to work properly the next time synaptic input is introduced and the mind will "wake up".

In regard to the "wake up" part, (IMO) once mapping the brain's connectome is achievable, the next step is virtualization including a "runtime" wikipedia.org/wiki/Run_time_(program_lifecycle_phase) by applying what's already known from scientific research:

John Smart, VP of the BPF, via io9's article, "How to Live Forever By Turning Your Brain Into Plastic":

"We appear to be our special, complex patterns," Smart told io9, "not our matter, or even our type of matter." He notes that each of the 250,000 or so people who have had cochlear implants has had one small nervous system pattern replaced, or "uploaded", into technology. Retinal implants are coming next. It's the pattern replication that we care about, not the matter, or "substrate."

Patternism, in conjunction with connectomics, may eventually reveal our neural correlates of identity — and allow us to preserve capacities like memories, thoughts, emotions, even consciousness. "Consciousness is transitory, it's like a pattern in a stream," said Smart, "and it's also overrated. You don't have it when you sleep, and it's rebooted, at a later time, from much more durable cellular and molecular patterns when you are knocked unconscious, given anesthesia, drowned for an hour in cold water with no EEG, and so on."

Identity, argues Smart, is what really matters — those patterns that are stored in our neural architectures. — http://io9.gizmodo.com/5943304/how-to-preserve-your-brain-by-turning-it-into-plastic

Not the answer you're looking for? Browse other questions tagged cognitive-neuroscience theoretical-neuroscience or ask your own question.

11
Is a network of neurons the only factor in memory?
0
How close is it to reality in future of consciousness to be transferable as shown in the movie Chappie?

29
How are newly created neurons recruited into existing networks?
5
How long does the trace of a memory last in the brain?
4
Can a brain be modeled as a simplified interaction of different states and their triggers?
4
What is the capacity of the human brain?
4
During body-scan ('sweeping') meditation, what does brain-imaging (e.g. fMRI) look like?
5
What sources of randomness does the brain use for sampling?
1
Is short-term memory theoretically possible to with spiking neurons?