How are movements stored in the brain?

The high level flow of information through the brain for the purpose of motor control is well established. It is also known the cerebellum stores many different movements, while also participating in the fine-tuning and coordination of movements. However, how are these movements stored? Are they stored on a per-limb basis, based on activity or by some other methodology entirely?

Forgive me for not including any scientific references (I've been out of the human movement science for a while), but it is believed that movements are saved and executed in a "goal-directed" way. It is not the case that every muscle has its own area and they are individually activated on a scale of 0 (no contraction) -100 (max contraction) depending on the movement you make.

So let us look at the smallest units of a movement, the motor/muscle unit (wiki). This is a group of muscle cells that is activated by one efferent neuron. Several muscle units, over several muscles, are activated per movement. The brain cells that activate the neurons that stimulates these motor units are stored in groups, and will/can be activated simultaneously/shortly after one another (but I will not go into the matter of timing). 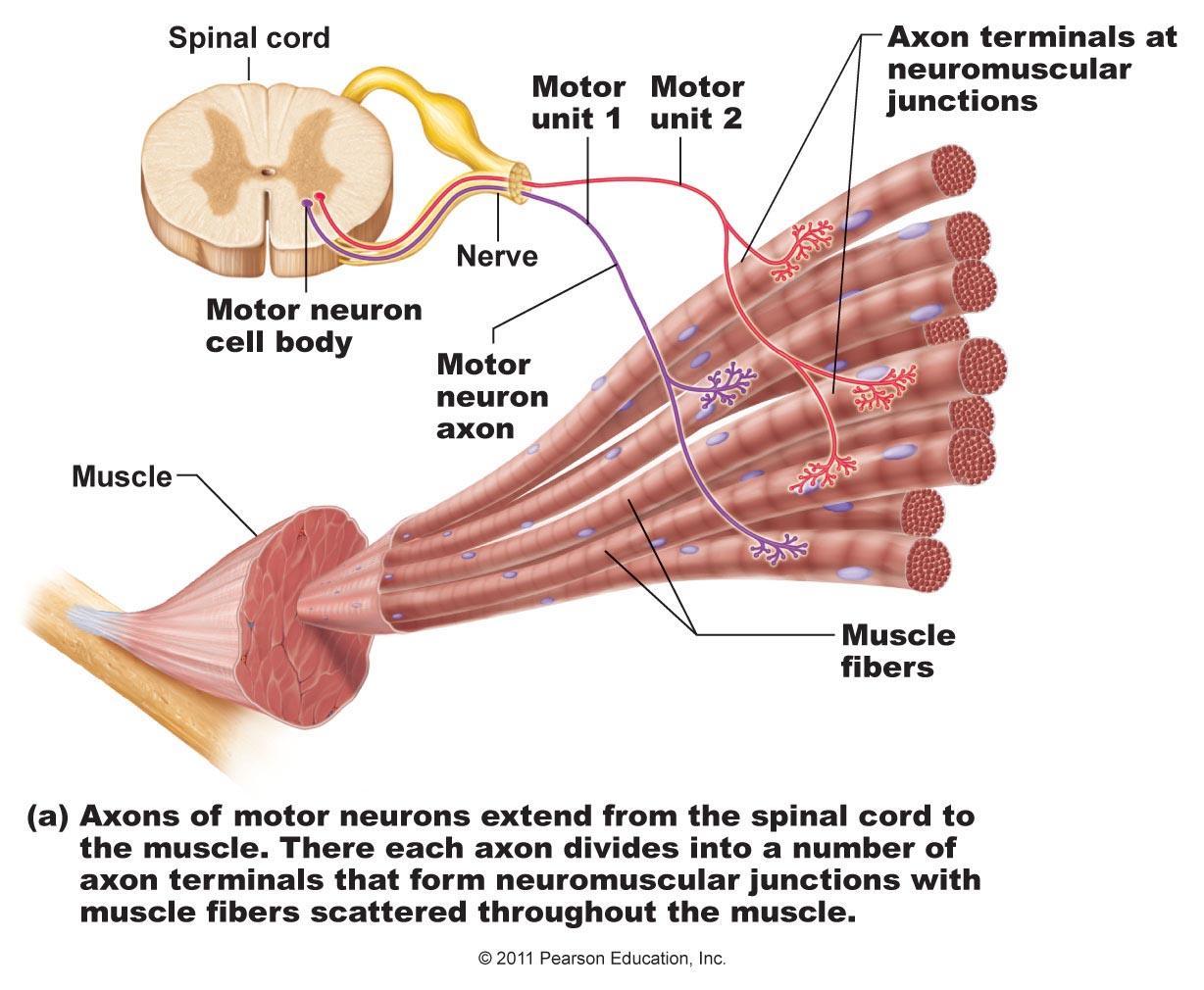 It is possible for the same movement to be be executed by different sets of muscle units (otherwise doing repetitive bicep curls, for instance, is impossible. The relaxation of muscle fibers is not that fast enough to allow repetitive activation). All these sets of muscle units, or the brains cells that are responsible for activating them, are thus stored nearby each other.

When you are a novice, the brain cells are not organized in a very neat way. It varies a lot which cells are activated together, and this explains the variability of your movement; sometimes, wrong motor units are activated. However, with practice, the connections between the "correct" cells will become stronger, and more specialized groups of cells will form. Moreover, more cells will be "made available" (also called scaffolding) for these type of movements . This cán be seen in the homunculus (the bigger hands e.g. represent more fine-tuned motor control of the fingers). This will improve the odds of executing the movement correctly, and allows you to fine-tune your movements.

If you want references, I'd suggest searching in PubMed for motor control, neuromechanics, learning and scaffolding (making cells available). Here is a website that tells the entire story of taking a motor action, including planning and control of the cerebellum. I omitted these parts of to story so to only focus on the "storing" of the movements.

Not the answer you're looking for? Browse other questions tagged theoretical-neuroscience motor or ask your own question.

4
Brain-computer interface with EEG: how to name imaginary movement of a non-self object?
4
How does the human brain store motor skills for long term?
4
What models/mechanisms exist for the brain to chain movements together?

13
What structures in the brain are called upon to strengthen coupling between bilateral movements?
7
How does the brain compute sound localisation without the equations?
15
How does the brain calculate velocity?
5
How long does the trace of a memory last in the brain?
3
How do the motor system and Central Pattern Generators interact?
4
What models/mechanisms exist for the brain to chain movements together?
4
Integrated Information Theory - If correct could humans create artificial consciousness?