Component naming of MEG vs. EEG

My question is why we use P and N for naming positive and negative EEG component(for instance N170 or P100) but for MEG data we use M in both case, I mean M170 and M100 in this example?

EEG and MEG measure two different but related signals. While EEG records the electric activity from the scalp, MEG records changes in the magnetic field induced by electric activity in the brain. Because of this, MEG is largely insensitive to sources oriented radially, but can pick up sources oriented tangentially to the cortex. Moreover, EEG is sensitive to volume currents (i.e., the spread of currents across the brain), while MEG less so [1].

Because of this distinction, while two components can have the same latency — let's say the face-specific N170 and the M170 — the sources originating them might be different. Naming the components differently stresses this important distinction.

For reference, I recommend the following articles and books

Apart from making the distinction between recording techniques (talking about N170 and you refer to ERP), here is an explanation:

Here, we can say the electrical positive P300 component (or waveform) is neurophysiologicaly a positive electrical activity.

Here, a magnetic N170 would not be grounded on neurophysiological basis, but just in the fact that N only refers to a negative on-going measure. 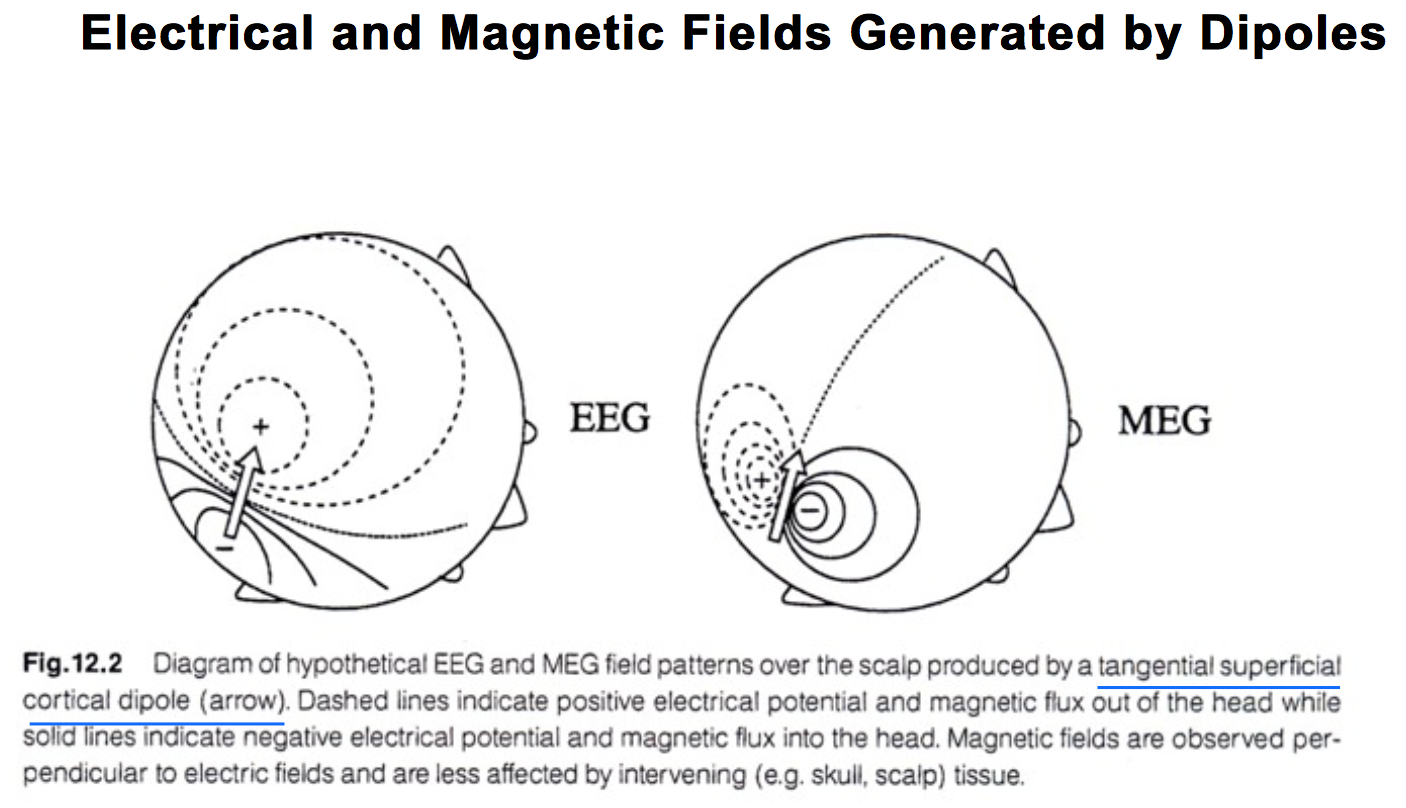 11
What computerized EEG analysis algorithms are there?
6
Getting started with EEG data
2
How to filter noise in EEG data
9
Removing ocular artifacts from EEG signals
4
Introduction or Tutorial on Continuous EEG Collection Procedures and Initial Processing?
4
Why are EEG markers usually sent over the parallel port?
1
Why do we use relative signals and not absolute signals with EEG?
3
Are brainwaves from an EEG meaningful measurements?