I was trying to work up a small clip of repeating beep sounds I recorded from a mobile game. This series of sounds, when played, gave an unmistakable perception of increasing pitch with every rendition of the beep. I recorded the sound and plotted a spectrogram of the sound, and also a frequency spectra of the first and the last rendition in a series of 10 repetitions (which should apparently have the largest difference in the pitch perception). What was surprising, is that, visibly, on the spectrogram, and also on the frequency spectra, they were exactly the same. Using an enhanced autocorrelation function too, the two repetitions hardly had any gross differences.

Since this is primarily based on visual differences in the plots, there could be subtle shifts which would not be visibly apparent. But in listening, there is a very noticeable rise in pitch, which seems less probable to be a consequence of subtle shifts of the autocorrelation-maxima. Why then does this seem to be the case? Is it only a subtle shift that I am unable to appreciate or is it something more higher-order than that?

The pictures contain the spectrogram of the sound in question, the autocorrelation plots (which I understand to be more neurally relevant then the freq spectra) for the highlighted window (the plot with the blue heading) and a similarly placed window around the last repetition (the plot with the white heading). Do let me know if any further information is required. I don't know how can I get the sound uploaded in here. 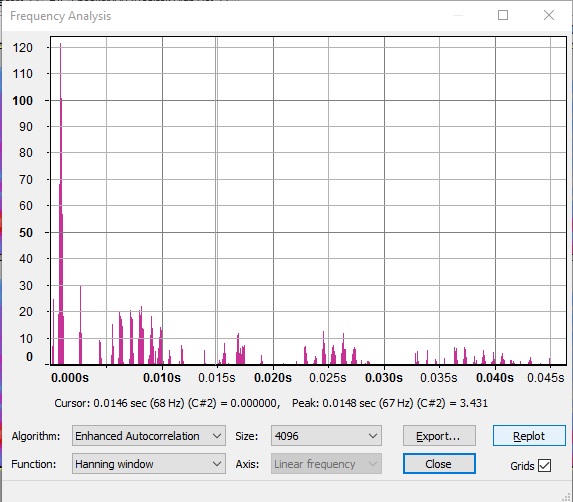 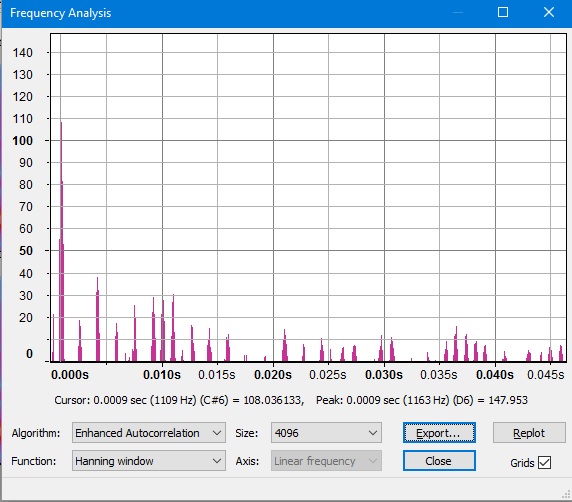 I am unsure if the provided spectra are rendered non-informative due to ambient noise, for the recording has been done in a noisy environment using a laptop mic. All analysis via Audacity.

Ignoring your pictures for a second, it sounds like what you are referring to is pitch circularity. Diana Deutsch was a pioneer in this area. The key is that generating these sounds is tricky and that unless you inspect the "correct" dimensions of the stimuli you will not see the differences.

Not the answer you're looking for? Browse other questions tagged cognitive-neuroscience theoretical-neuroscience computational-modeling sensation audition or ask your own question.

4
Sensory dissonance: Will the visual or auditory channel win?
7
How do auditory and visual hallucinations differ within the brain?
4
What are the cognitive effects of increasing testosterone levels in men?
5
Can our auditory perception be used to trick our visual perception?
2
Can one alter their auditory perception?
4
Can people with absolute pitch identify the exact frequency, or simply the pitch class?
1
Do STDP synapses potentiate AND depress at the same time?
7
How does the neocortex distinguish between perception and imagination?
5
What are the temporal limits of the auditory system?
3
Does the perception of odors change over time?