A key concept in 1960s control theory is TOTE (Test-Operate-Test-Exit)1: 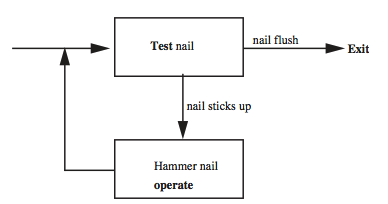 The concept seems to be neatly mapped to a modern cognitive concept:

My question: do recent cognitive theories supports this concept or are there competing models?

Browse other questions tagged motivation behavior task-analysis or ask your own question.

8
Can scary movies trigger fight or flight and why can a person enjoy this while another does not?
2
Is exercise considered a 'fight-flight' situation by our brain?
0
How much does money (or any desired good) influence a person on average?