What is forward masking

I am trying to understand what is visual masking (or more specificaly forward masking). I have read the explanation here, but still..

Visual masking has quite a few variations, and the source you've linked is by far the worst explanation I've seen.

In forward masking an early stimuli takes hold over consciousness (resulting in top-down activation) that prevents a later stimuli from overshooting the selective attention threshold, thus the latter remains subliminal (limen is threshold in Latin, so sub-liminal is literally below threshold).

For example, in the following frame sequence you'd be asked to find the letters in a sequence of numbers. Given there's less than 100ms between the two targets, your conscious attention to the first target will almost always prevent the second target from being perceived. 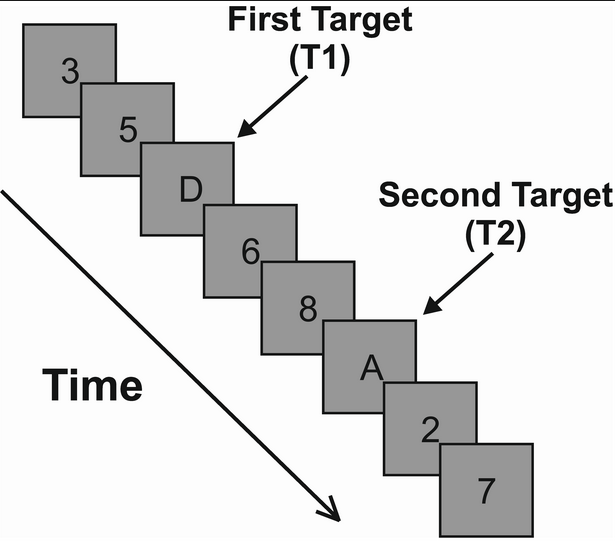 For a nice demo of this have a look at this attentional blink test video.

Another variation is to expose a frame for less than 30ms between various pre or post masks.

The principle, however, is always the same - paying attention to one stimuli 'saturates' our consciousness and prevents another from entering it.

Not the answer you're looking for? Browse other questions tagged neuroscience cognitive-neuroscience vision visualization or ask your own question.