What happens in your brain when you see a dinosaur in this stenographic image? 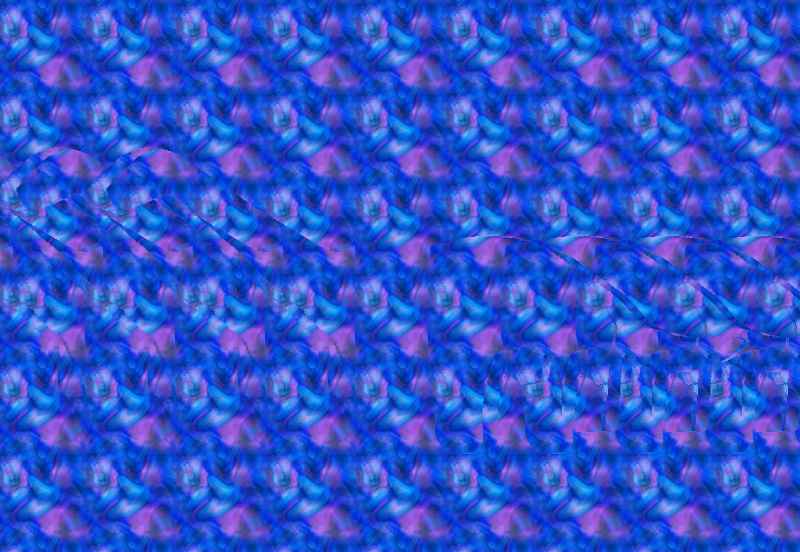 The source I have quoted below gives an example of the following stenographic image:- 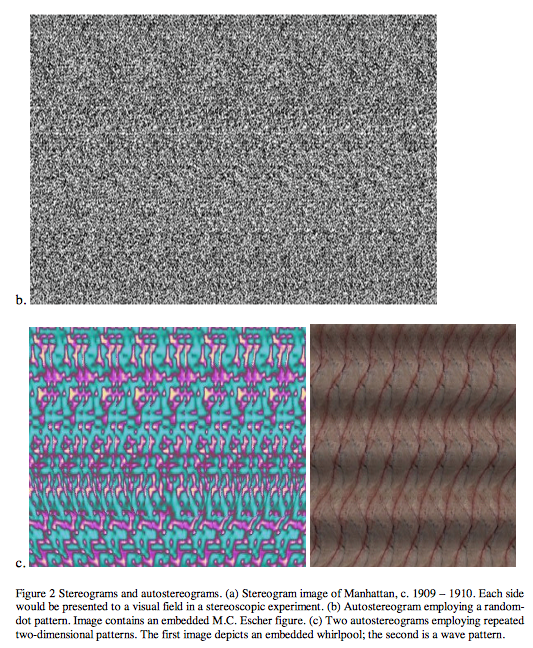 Is this perception a particular trick that my eye performs or is it processing the visual data in an alternative way?

Stereograms can be viewed as three-dimensional images by providing two side-by-side views of a three-dimensional scene, rendered from slightly different viewpoints. Stereoscopes facilitate focusing of the eyes depths other than the surface of a two-dimensional stereogram image, allowing the two separate images to overlap in the center of the field of vision (Kimmel, 2002). Once the correct depth is achieved, it may seem to the viewer as if the two images are different due to the horizontal retinal disparities. Then the two images can fuse into a coherent three- dimensional percept where horizontal disparities in the images provide important depth cues. 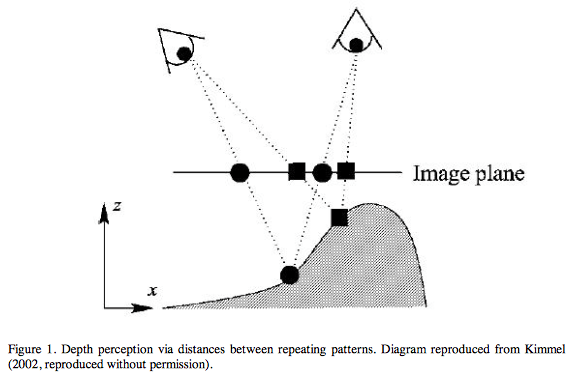 Is the effect of this percept measurable by an EEG?

Autostereograms have been used in recent research to investigate three-dimensional depth perception. These efforts have improved understanding of the various visual cues involved in forming three-dimensional percepts, perceiving motion in depth, attention- switching in the depth of field, and the neural correlates of forming and maintaining a unified three-dimensional structure in awareness.

46
Why would the brain flip the images perceived by your eyes?
5
Perceptual flicker when rotating my face
7
Do we recognize ourselves better when we see our mirror image?
0
Psychological explanation for perceptions of the Loch Ness monster
7
How come we see a line when there isn't one in this picture?
9
What does the visual feed from the retina look like before it is processed by the visual cortex?
2
To what category of optical illusions does this image belong?