What effects does multitasking have on comprehension and memory of audiobooks/speech?

I've heard around that our comprehension of audiobooks versus read books is roughly on the same level (the processes aren't really all that different, usually when we read we vocalize the words in our imagination, and when we are listening with attention we recap all the words we hear after we hear them to make them "stick" in a similar kind of way; when we lose our focus on either the words don't stick and it's like we never heard/read them.)

The major difference I see is that when reading we can double back and re-read a word several times until it sticks (which according to some arguments may actually impair comprehension rather than increase it), but when listening we can not do this, which also makes listening a slightly faster process unless you're an avid "speedreader"

So with that out of the way, I'm wondering about the effects (if any) of doing other tasks while we listen to audiobooks on our comprehension and memory of the contents are, especially if the contents are educational or historical material (not novels, where comprehension isn't as important, and our attention is kept more easily (since novels tend to be more exciting/engaging than history or sociology books))

Tasks can include low attention tasks that don't engage the brain that much (like chores, exercise (from swimming to weightlifting), doodling or mini-games (angry-birds or farmwille or flappy bird or tetris even), essentially things that anyone can just space out and do on "auto-pilot" without giving it any thought.

And high attention tasks (like reflex video games such as world of tanks, league of legends/dota2, call of duty or dark souls. Wiring/fixing electronics, creative drawing/design, sudoku or chess/go, or even programming or math), tasks which require us to stay relatively or completely engaged in order to succeed at them.

Assuming with all the possible low and high attention tasks that there is nothing that can distract your auditory senses (video games for example would be muted, and you wouldn't be playing music), what kind of effect would these kinds of tasks have on a persons memory and comprehension of an audiobook they'd be listening to while doing it?

I've heard some experts claim that some people can focus better on the teacher's voice in class while they're doing something with their hands (most commonly doodling) and that doing something with your ears (essentially instrumental music) can help them focus on written material (i.e. read better with music, hear better while using your hands & eyes for something) I do not know how true that may be, but if it is there is a chance that doing another task while listening to an audiobook could increase your comprehension instead of degrade it as one would normally suspect (meaning I can't rule that out either until I would see some data on this whole thing).

There does not seem to be any research on your exact question on:

However, if we widen the scope of the question to different modalities of learning like reading, then there is ample research. However, most of the research seems to be done on comprehension and not memory.

Lin Lin et. al. (2009) did a study on college students for assessing their reading performance under three conditions: (a) reading only (silence condition), (b) reading with a video playing in the background (background multitasking condition), and (c) reading and watching video simultaneously (test multitasking condition). They found that the participants performed best in the background condition, i.e. when they had a background video playing. This a surprising finding. A similar study was done by Jennifer Lee et. al. (2011) and found that the performance was similar for cases (a) and (b).

For your case, this suggests that "low attention tasks" will not negatively affect your comprehension, and may even increase comprehension (as suggest by Lee et. al. (2009)).

Our findings indicated that: (1) participants in the Background condition performed as well as those in the Silence condition, and (2) when participants were tested on their video comprehension, the group in the Test condition performed significantly better than the group in the Background condition. The results of this study suggest that cognitive load plays an important role in determining how much information is retained when students perform more than one task at a time.

Their conclusion tells that the division of cognitive load affects your performance very clearly. Hence, it is best to avoid the high-attention tasks altogether.

Beyond what the current research says, I would like to cite 2 more sources: "Deep Work" book by Cal Newport, and the training modality of Samurai Jack (a fictional character in an animated series).

In "Deep Work", Cal Newport makes a very compelling case for why deep work (i.e. work devoid of all distractions) is so important. The first half of the book is completely dedicated to understanding its importance; while the second half deals with its implementation. Cal Newport is an academic, and so he backs his claims with scientific research and his own careful observations.

Finally, as a kid, I was always fascinated with the training regime of Samurai Jack. When training for sword fighting, he used to blind-fold himself and then train. This made him one of the best Samurais, capable of defeating a redoubtable evil dragon. What I got to understand from his regime was that he was blocking all the various stimuli in order to bring intense focus and really bring out the potential of the remaining active senses.

This is not just true for Samurai Jack. Masters in any field have been doing this through the ages : cutting down stimuli.

It's surprising, then, today we are instead adding more stimuli instead of reducing them. I think it's best to go the old-fashioned way. It's best we embrace the The Samurai Jack Blindfold: 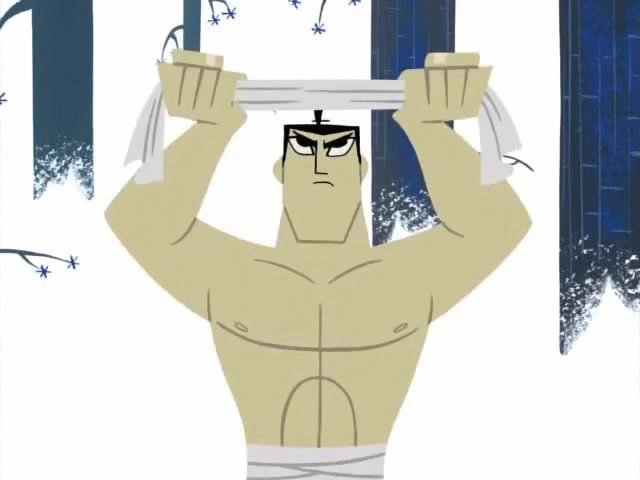 Not the answer you're looking for? Browse other questions tagged memory attention working-memory multi-tasking speech-comprehension or ask your own question.

35
Is there evidence that listening to music can aid/hinder concentration or performance?

7
How do songs trigger memories associated with previous experiences of listening to the song?
10
What are effective strategies for increasing concentration and motivation when doing seemingly passive activities such as reading journal articles?
2
Why does splitting attention between a primary task and another task appear to improve performance on the primary task?
2
Hard to think when hearing audible speech
2
How does the brain’s visual memory work?
4
Effectiveness of "non-focused" learning
5
what is the difference between mindfulness meditations and focusing on other things?