How come we see a line when there isn't one in this picture?

I got this picture I generated myself and I don't understand how come we can see two diagonal lines when, I think, there is no actual lines. 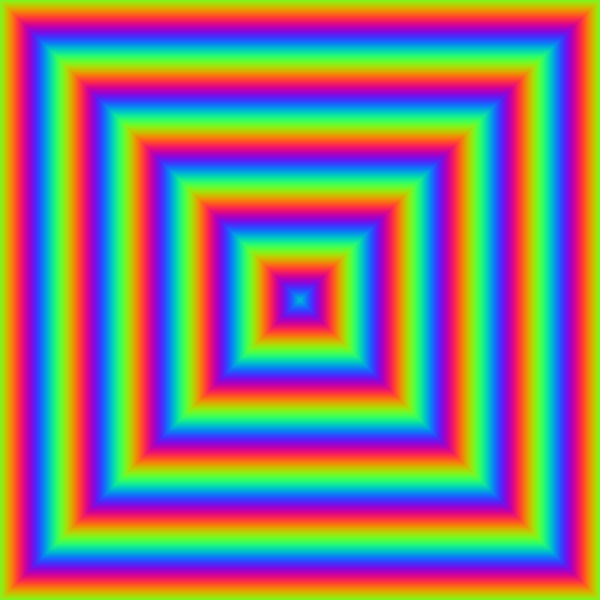 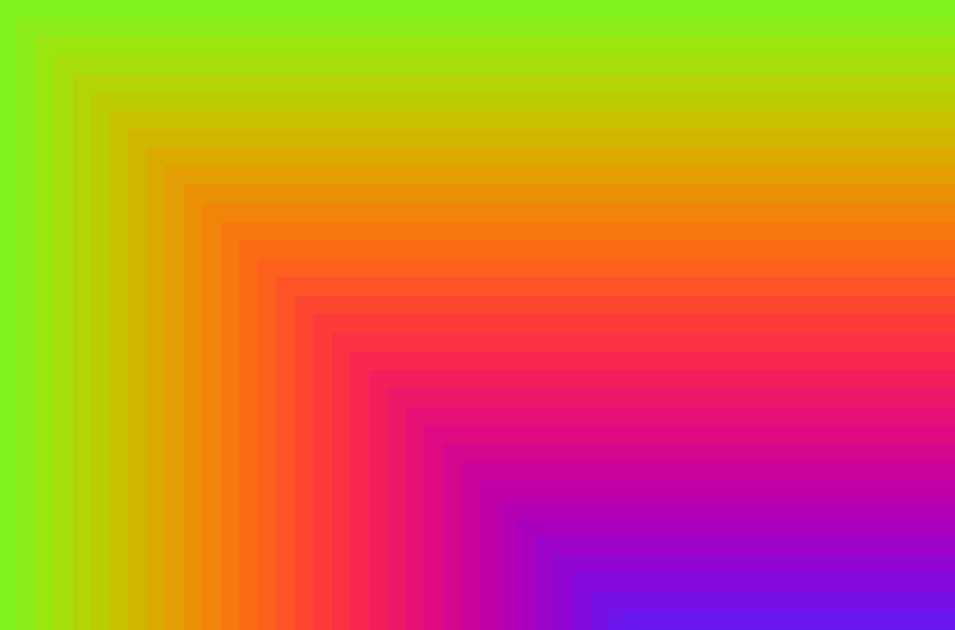 After thinking about it, I think it might come from the fact that, if you zoom really closely, it is only a succession of square, each time 2px smaller and of a different color.

Although there is no actual line directly built, we can see the corners of each square clearly and, together, our brain understand this as two diagonal lines. … I might just have answered my own question but I would appreciate your opinion/confirmation on this.

Related: My question on meta-SE about where to ask this question.

I can't zoom in on the picture, but what I see is bleeding from one color into the next along the diagonals (most evident in the green to blue and purple to red transitions). Are you saying that they are not there when you zoom in? I would think that because there is a gradient in the color transition, the gradient has to be emphasized in an angled meeting, more pronounced the sharper the angle (e.g.if it were a triangle, the angle would be 120° as opposed to 90°). It's not an optical illusion.

In short, you see two transecting lines on the diagonal because they are strongly suggested. The mind sees this accurately and reads the suggestion.

It is kind of like asking, why, in the following picture, do I read all the dotted lines as lines, where only two of them are actually solid lines? 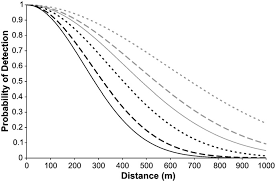 Or, if you will, why do I see curves here? 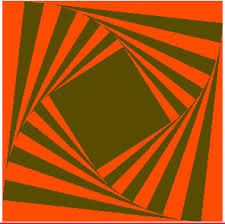 Because the color differences in the offset squares are really there, suggesting a familiar curve, though in this question, it would be fair to ask Why do the curves appear smooth? In fact, the curves are not smooth.

If you do want to see interesting optical phenomenons,

Edited to add: This may be an optical illusion, but if it is, I'm unsure of what type it is. Looking at the zoomed image, clearly the impression is that there is some bleeding, but that's not the reality. Sorry I can't help more on this one. But it does get much more intriguing!

Not the answer you're looking for? Browse other questions tagged perception vision optical-illusion or ask your own question.

23
Why is white on black considered higher contrast than black on white?
7
Do eyes accommodate to color?
11
What happens in your brain when you see a dinosaur in this stenographic image?
4
Why can I see the number only when I don't look directly at it?
3
What is the cause of differences that are too small to see?
6
Visual field testing: Choose between Yes/No, 2AFC, and 2IFC task?
2
Why does an image seem smaller or larger through a pinhole when viewing with human eye