Is there a graph with extroversion-introversion score on one axis and IQ on the other?

I can't find one on Google Images.

Extraversion and IQ typically have zero correlation. In Bates and Rock (2004),we suggested that if the arousal value of the testing environment varies, this might induce a modest correlation with IQ (introverts doing best in silences, ambiverts with some noicse, and extraverts performing best under fairly loud white noise background. More basic measures like inspection time were unaffected. 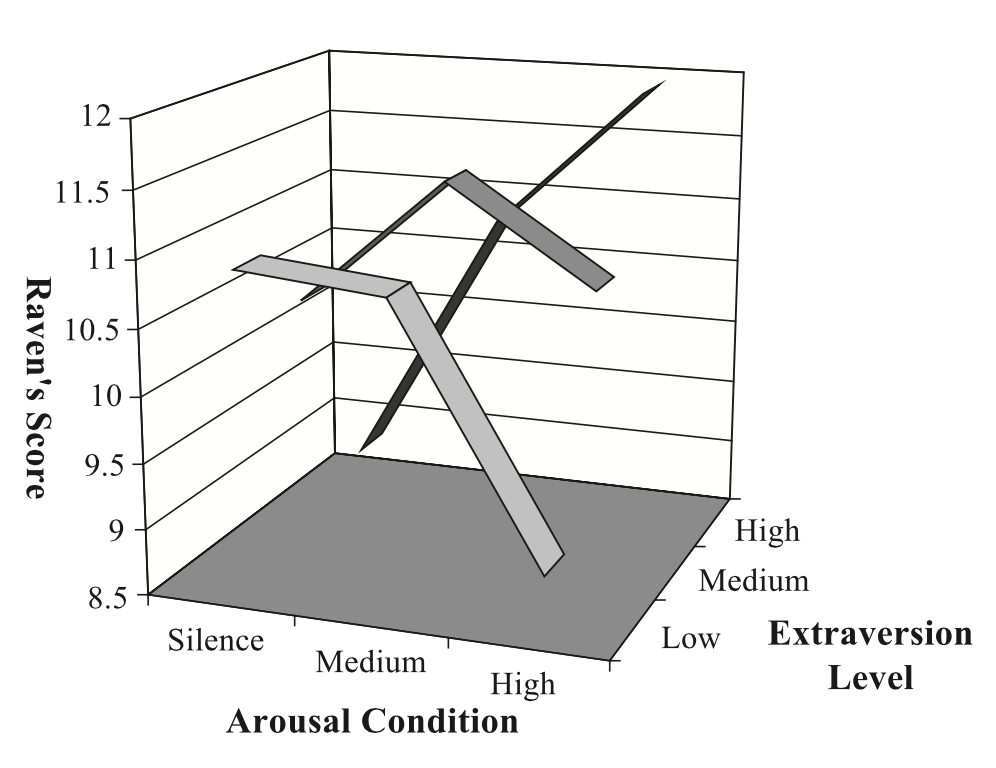 Based on some followup queries, here's a graph of Extraversion against IQ-score in 597 adults from a normative sample in the United States: The MIDUS.

The plot shows the raw data points, and also a loess best fit curve: no relationship, even at the extremes. 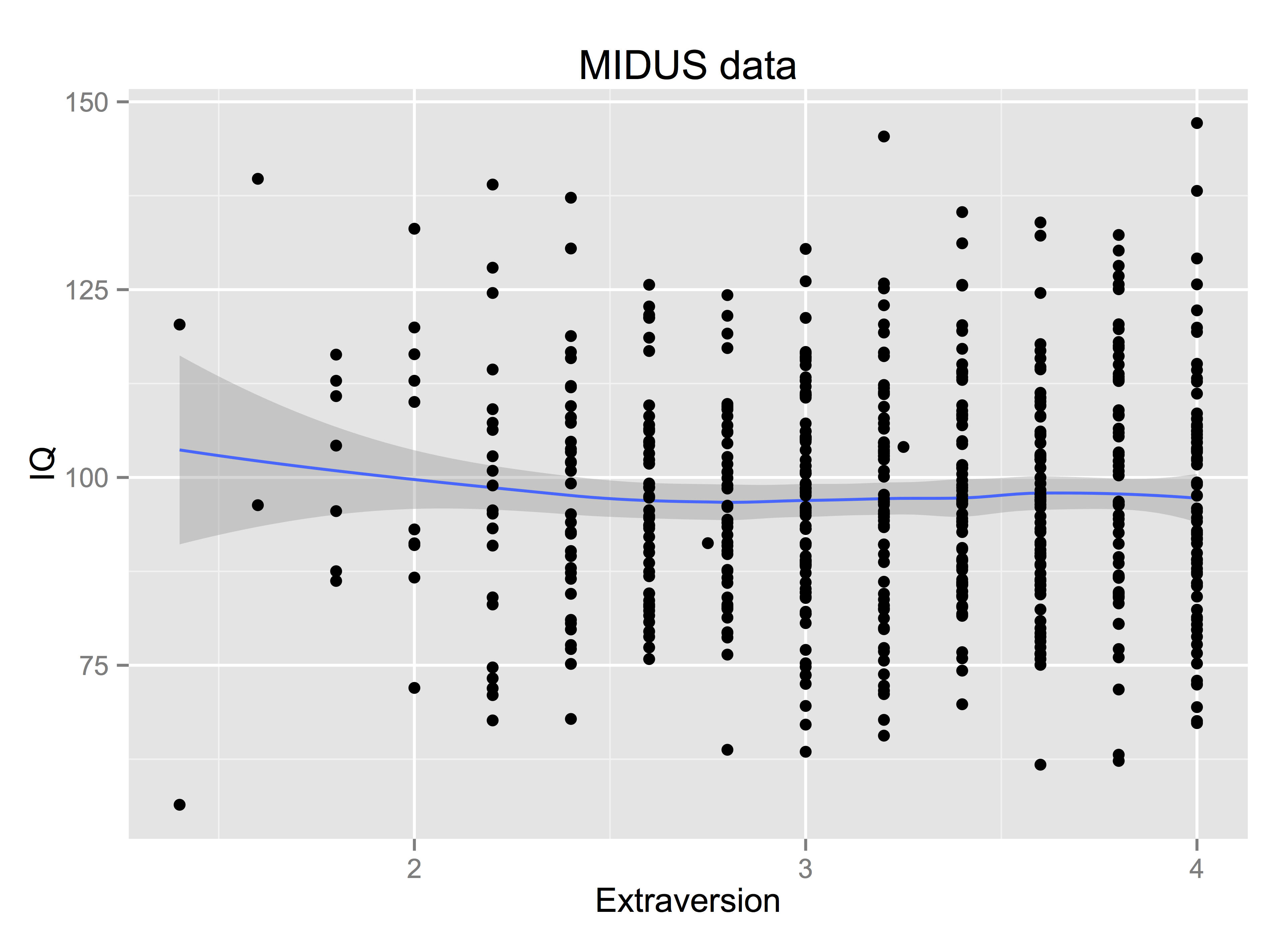 Not the answer you're looking for? Browse other questions tagged iq extraversion introversion big-five or ask your own question.

2
How exactly do we construct perceived IQ by facial features?
12
Are introverts more talkative in written form than extroverts?
4
What is the evidence to suggest that the introvert/extrovert distinction is a shallow distinction?
8
Is the Flynn effect in conflict with other studies of intelligence heritablity?
8
Does learning (to play) music increase IQ?
2
What percentage of questions on Weschler Adult Intelligence Scale-IV 23 deal with environmental issues and climate change?
4
Does a non-knowledge based, or knowledge corrected IQ test exist, and what are its results per race?
0
IQ Heritability: from father vs mother?